If you are interested in buying a piece of beautiful handcrafted Native American jewelry and would like something besides a turquoise stone necklace, then you should consider one of the wonderful pendants that are common in tribal culture. Below is a selection of three different types of pendants you can choose from, as well as a brief discussion about their symbolism

The term fetish is used here to denote any sort of carving or object that is believed to have special powers. The carvings tend to be of animals. While many tribes designed and carved fetishes, the Zuni tribe is particularly well-known for these. One of the most common fetishes is the bear. The person who wore the fetish or carried it was believed to possess the power of the animal. Many prized the bear fetish as the bear was seen as a courageous and powerful animal. You will find that many bear fetish pendants will be designed out of silver or stone.

The Iroquois have a popular design called "Old Broken Nose" or Broken Nose Man. He is used in many of their ceremonial masks, and is also a poplar pendant design. The story behind the mask dates back to the Iroquois creation myth. The Creator, having just made the earth, sees another person walking towards him. As there are no people yet, he wonders who this is. The stranger says that he has created the Earth. They agree to decide who is the true creator by moving a mountain. The stranger goes first. The two men turn their back on a large mountain and then the stranger tries to move it. They then both turn around and the mountain has inched closer. Next, it is the Creators turn. The two turn around again, but the stranger doesn't wait and turns around to look too soon. The mountain had moved so close that it breaks his nose and twists his face sideways.

The Creator now decides to let the stranger stay and control the wind. While the stranger was not the true creator of the world, he did have power, and as part of the deal in allowing him to remain on the earth, he must protect people from fierce wind.

These pendants can be found carved out of soapstone. If you want a very unique piece, with a cool story, then this is a great pendant to own.

This is a figure popular in many Southwestern tribes. He is a figure with feathers, hunched over, dancing, and playing a flute. He is seen as both the trickster god, as well as a fertility symbol. As such, he is very important in both childbirth and harvest rituals. His flute also makes him popular with musicians. In some designs, the Kokopelli has a small sack on his back. This sack is said to contain babies that he delivers to woman wanting to become pregnant.

As this is one of the most popular Native American symbols, you will find a wide variety of designs. Many silver pendants are created, as well as turquoise and copper. 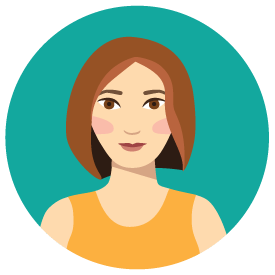 Since childhood, I’ve loved jewelry. When I was a kid, I enjoyed trying on the beautiful rings, necklaces, bracelets, and brooches in my grandmother’s jewelry box. Because of my admiration for her cherished pieces, my grandmother started buying me jewelry when I was 5 years old. Now that I’m an adult, I’m always looking for interesting items to add to my extensive jewelry collection. One of my favorite gemstones is turquoise. The earthy green tones of this gemstone are breathtakingly beautiful to me. Amazingly, turquoise is mined in my favorite mountain town. On this blog, I hope you will develop an appreciation for turquoise jewelry. Enjoy!